Are you embarrassed of smiling? Ever wished your teeth were as white as they used to be? Ever wanted a way to make your teeth good as new? Well, there are several companies that heavily advertise in the favor of whiter teeth. They mostly start off by letting you know of their product and how well it can remove all that bacteria from your teeth.

This makes the market for oral hygiene products extremely busy and many customers become confused on what to choose. The continuous brain washing advertising on the television leaves you wanting more of which could never give you what you deserve i.e. bacteria free, whiter teeth.

That is why you need to find more natural options. One such option is coconut oil pulling. This technique is not as widely known as flossing however, coconut oil pulling has way more benefits than conventional flossing. Oil pulling is a natural detoxification procedure that helps remove bacteria and plaque. After waking up in the morning and before eating breakfast, take a spoonful of coconut oil and swish it in your mouth for up to 20 minutes. Spit it out and you will feel the difference right away. People have been so amazed by the process that they sometimes compare coconut oil pulling to how dishwashing soaps clean all that grease and oil on your plates. . Coconut oil pulling leaves your mouth with a cool sensation and pleasant smelling breath. This technique originated in India and was since then used to treat tooth decay or soothe throat dryness.

Coconut oil pulling can save a lot of time, money and effort for the patient who is suffering any chronic oral illness. The technique not only prevents any disease from taking its toll on you but also treats any oral hygiene issues that you might be facing. They can be really painful and knowing that there is something out there that can cure all the pain is really heart warming. The detoxification effect can relieve a person of mouth ulcers, fever, nausea and dry cough. 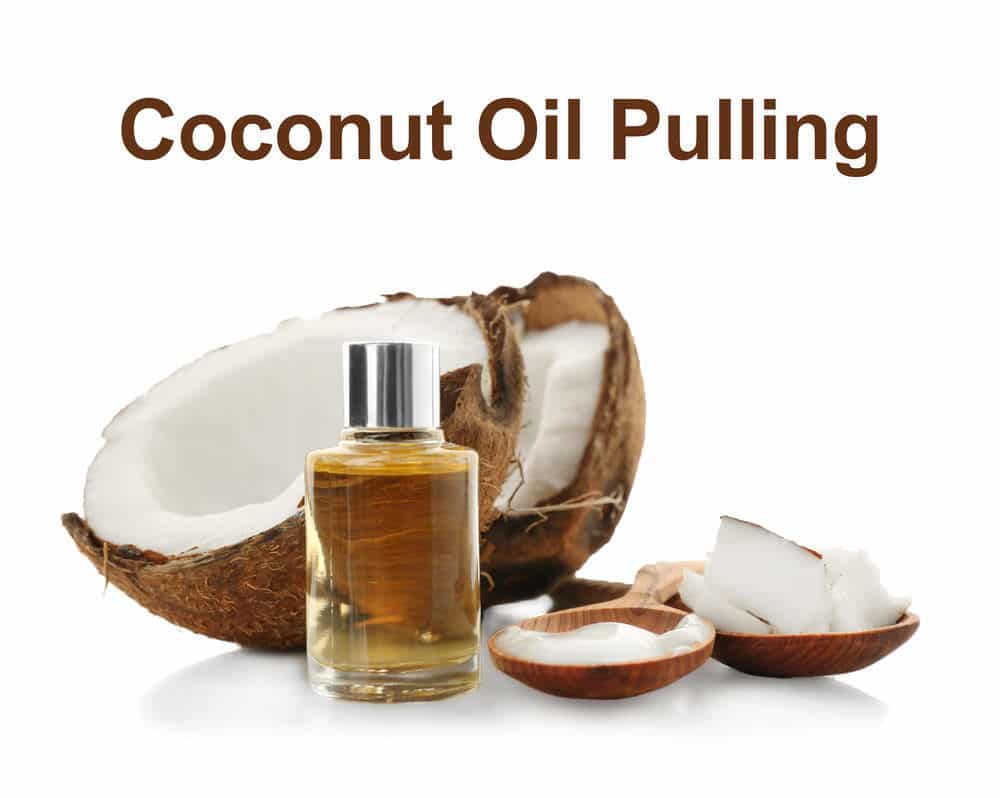 This process is pretty simple, all you have to do is swish the oil in your mouth and spit it out. As soon as you’re done, you can go have breakfast. Moreover, you can also do it after you eat something.

The next thing to keep in mind is that you should only take 1 to 2 tablespoons of oil. Swish it in your mouth gently. Make sure you are thorough with it. You can do it for 10 to 15 minutes. Your cheeks and jaw might sting a bit if you keep swishing the oil for two to three minutes but make sure you do it slow so that there is no discomfort.

Last but not the least, brush your teeth just like you always do. It might take some days but the effects will leave you shocked at how quick coconut oil pulling works.

Why Coconut Oil is the Best Oil to Use?

There are other oils such as sesame oil that you can choose from. Many people will than wonder what special qualities coconut oil has that make it the best option for the job. There are many reasons regarding why coconut oil is the best and they include:

It is sometimes sad to see that old methods like these are not given enough attention. The total amount of research conducted on this topic is 17. That’s a fairly low number considering the benefits it has and the potential it carries. Only recently has the US realized its importance, which is why it has been adopted as an ongoing trend. Hopefully in the future, this process will see the light of day and spread to other regions.

Don’t Miss : 17 Benefits of Coconut Water You Should Know